I have very much neglected this blog of late. Although I have been baking more than ever (due to the fact that it is the Easter holidays), I have not sat down long enough to put hands to keyboard.

A couple of Saturdays ago, my good friend was hosting an evening of food and games at her flat (around the corner from me). I did not want to go empty handed and only had just over an hour before I had to be there. I first of all decided to make a batch of white chocolate blondies (with raspberries). This was my first time making them, and luckily I always have the ingredients needed to make/bake any cake or sweet thing.

I first broke 250g of white chocolate into small pieces which I placed in a pan, along with 100g of butter, and 50g of honey. I heated these ingredients on a low heat, stirring occasionally until they were mixed and smooth.

Meanwhile I sieved 200g of plain flour into my mixing bowl and added half a teaspoon of baking powder, 200g of vanilla infused caster sugar (which I infuse myself) and finally I broke in 4 duck eggs (which make any cakes so much tastier). I then mixed the ingredients in my mixer until combined. Once the gorgeous white chocolate and honey mixture had cooled slightly, I folded it into the mixture in the mixing bowl.

After I had poured the mixture into a brownie tin, I sprinkled a handful of raspberries over it and placed in my preheated oven at 180 degrees for about 20 minutes. 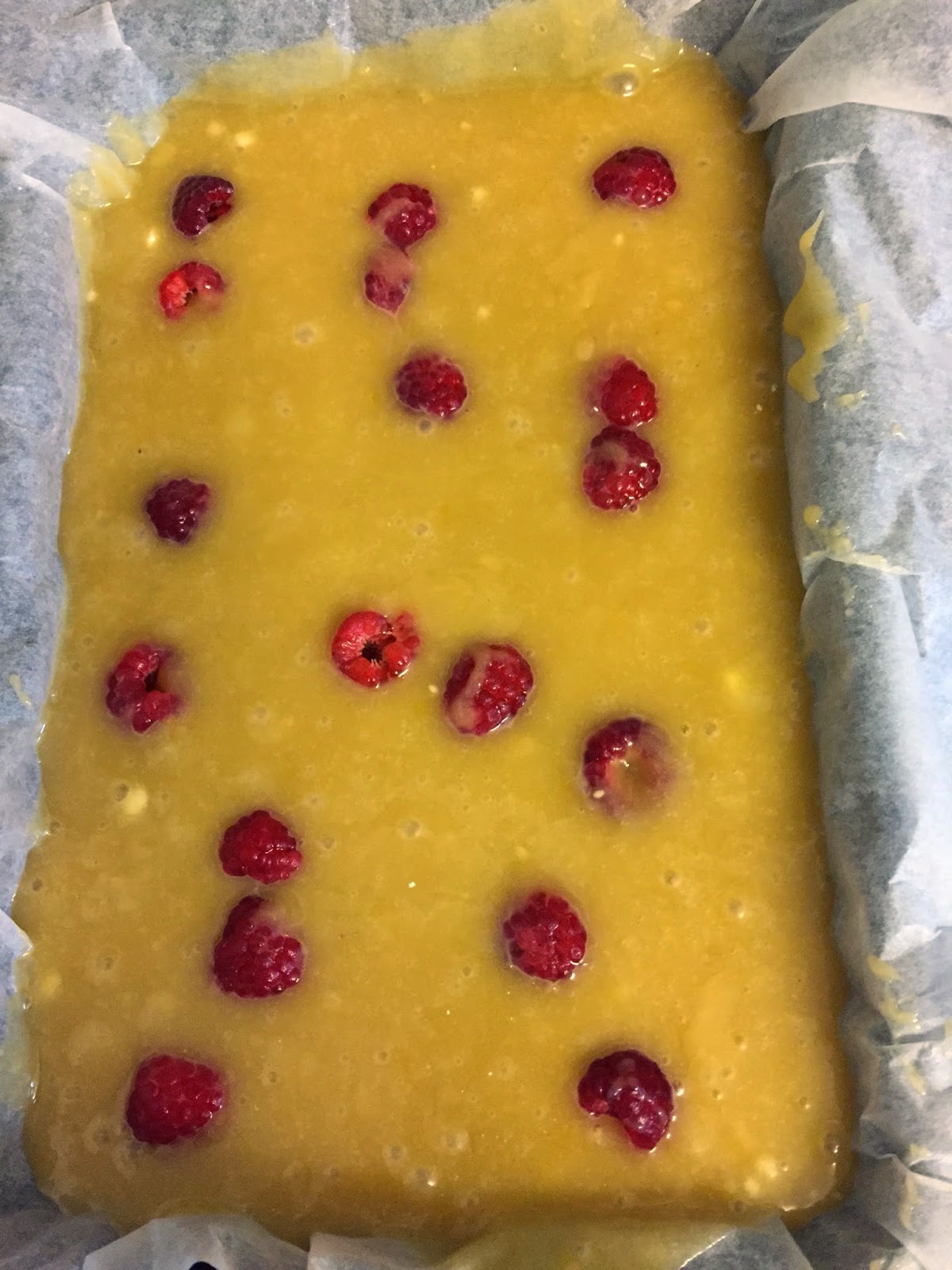 -They were divine, if I do say so myself. My friends seemed to have agreed, as they polished them all off without a problem and with lots of praise. I will definitely be making them again, (maybe tomorrow) :)

After I had popped the blondies in the oven, and I was in the swing of baking (IN THE ZONE)... I decided to make cupcakes also (vanilla and raspberry cupcakes, and chocolate and peanut butter cupcakes.)

Once the above ingredients were mixed together, I split the mixture across two bowls. In one bowl I added 1 tsp of vanilla extract and in the other I added 40g of cocoa powder and 2 tablespoons of crunchy peanut butter.

I spooned the two mixtures into separate cupcake cases and baked for 20 minutes. Meanwhile I mixed 130g of softened butter with 260g of icing sugar and a tablespoon of milk to make the buttercream icing. Again, I split the icing between two bowls and added raspberry conserve to one and 20g cocoa powder and 2 tablespoons of peanut butter to the other. Once the cupcakes were cooled (which I sped up due to time constraints, by putting them in the fridge for 10 minutes.) I piped on the icing and added a raspberry on top of the vanilla ones for decoration.

-They were also very yummy... And were also eaten with positive feedback.

I finally had 25 minutes left and thought I'd quickly whip up something savoury to take too... I made some tiropitakia (Greek mini cheese pies). These were super quick to make as I used bought, pre-rolled puff pastry which I cut into small discs. The way I make the filling is as follows:
1 egg, beaten
1 halloumi cheese
150g cheddar cheese
2 tsp dried mint.

After I mixed together the ingredients, I then spooned it into the centre of each of the pastry discs. I then folded the discs in half, scored them on the curved edge with a fork and brushed with egg. I then baked for 10 minutes (until golden brown. 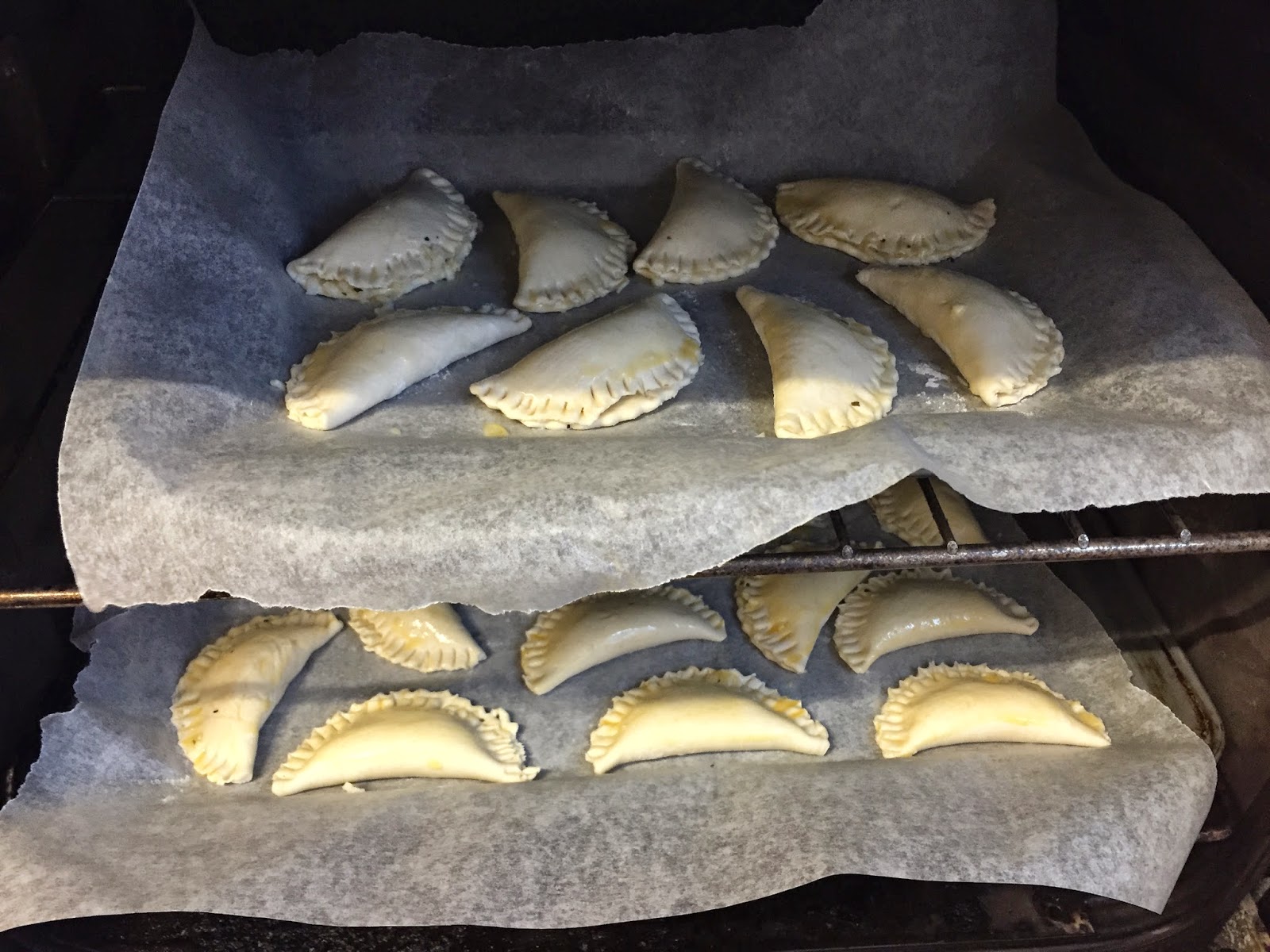 -The tiropitakia were very tasty and so easy to make. 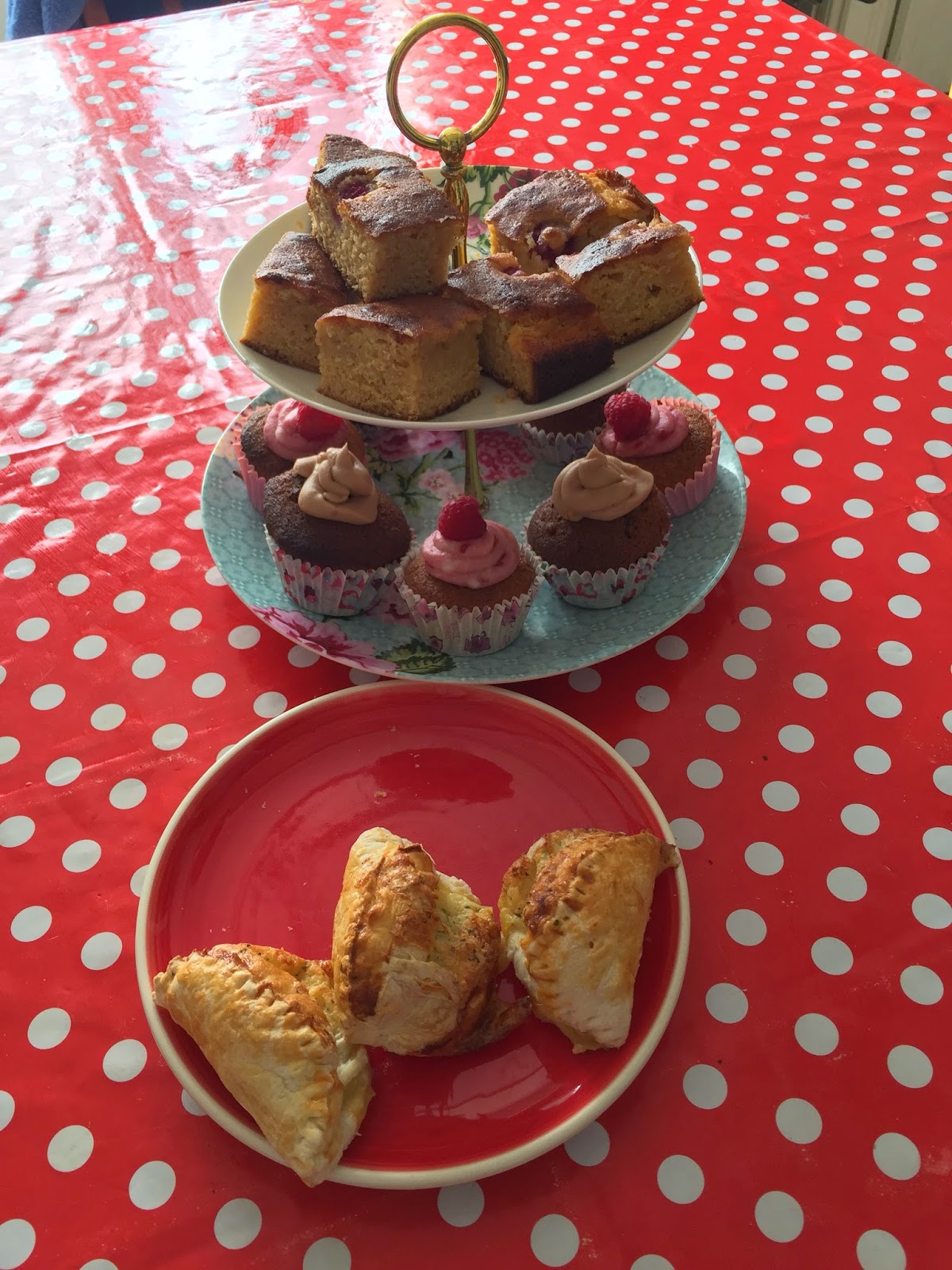 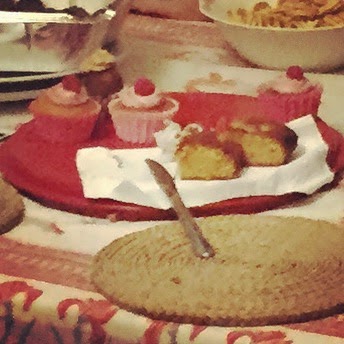 After re-fuelling on a delicious meal and other bits and bobs cooked by my hostess friend and other friends who attended and my sweet treats, we were ready for some serious playing of the name game. My team won... Just saying! ;)