If you have a bread maker, making focaccia bread is the simplest bake ever.
300g bread flour
1tbsp olive oil
170ml water
1tsp salt
1/2 tsp yeast
Put your bread maker on a pizza setting. When the dough is ready place into a brownie tin and spread it out. Dimple the dough all over with your fingers. Prove for 30 mins in a 40• oven.
Once nearly doubled in size, season with salt, pepper, chopped olives and olive oil. 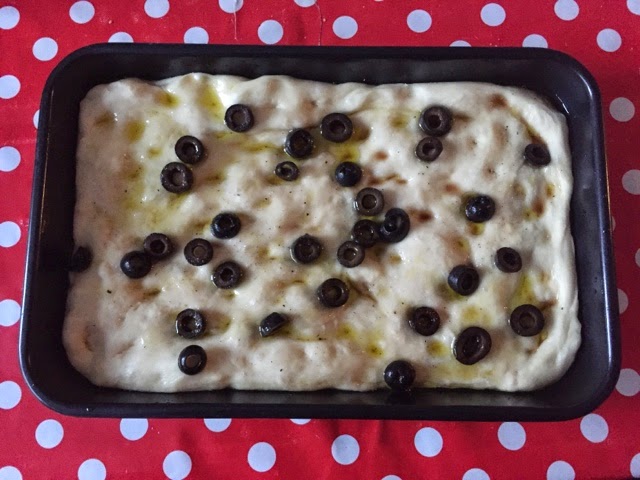 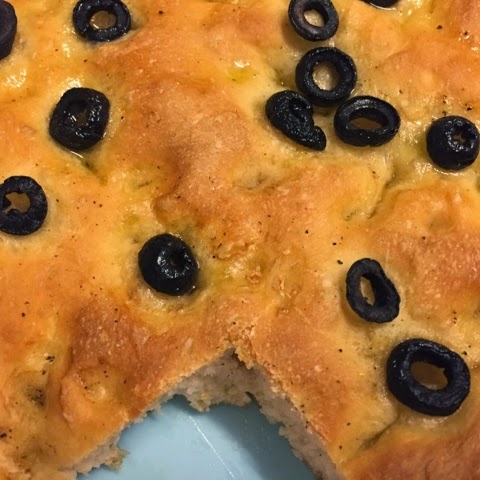 Slice and enjoy when warm.
Posted by ateacherstaste at 14:58 No comments:

No One Mourns the Wicked (except in cake form)...

It was recently my friend (and work wife) Sophie's birthday. We have many things in common, one of these being a love of musicals, and an even bigger love of WICKED! So naturally, when I was considering what type of cake to bake her, I decided a Wicked showstopper type cake would be perfect.

Now, I really had no clue how it was going to turn out as I didn't really draw up any plans, I just winged it. I baked a chocolate cake in two parts, cementing them together with Nutella on Wednesday evening after school. It was definitely going to be a two day process as I was being pretty ambitious with what I wanted to produce.

On Thursday evening I embarked on the icing. I used various colours of fondant icing, moulding it all together to make the shapes of the two main characters, and some writing icing and edible glitter to decorate further. I spent 2.5 hours decorating the cake (which did't make me popular with my other half for leaving him that long!) :P 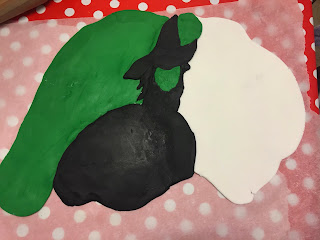 When I had finished the cake, I was actually astounded that it had turned out better than I could have ever imagined. I had gotten so lost in the process, almost in a creative trance, that when I saw it finished, I was amazed (not meaning to toot my own trumpet!) 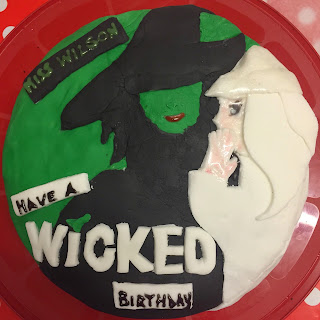 I was so worried that it would be damaged on the journey to school. I kept checking on it, and being overly careful. 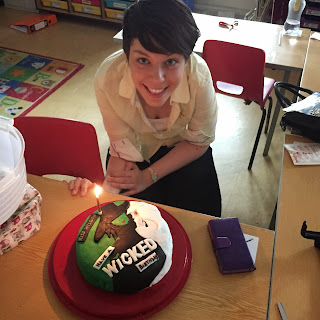 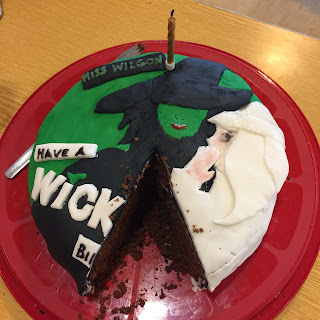 Posted by ateacherstaste at 16:43 No comments:

I saw something online the other day which really interested me, now that we are slowly creeping towards summer, I thought I would try it.
Now anyone who knows me, will know all too well that I am an absolute coffee fiend!! So imagine my delight when I found a way of making a delicious, cold and not at all watery iced coffee.
All you need are these 3 things:
1. A way of making an Americano coffee or filter coffee (filter coffee machine, stove top coffee maker or cafetière!)
2. An ice cube tray.
3. A freezer.
Make your coffee and wait for it to cool a little. Pour the coffee into the ice cube tray and place the tray into the freezer. 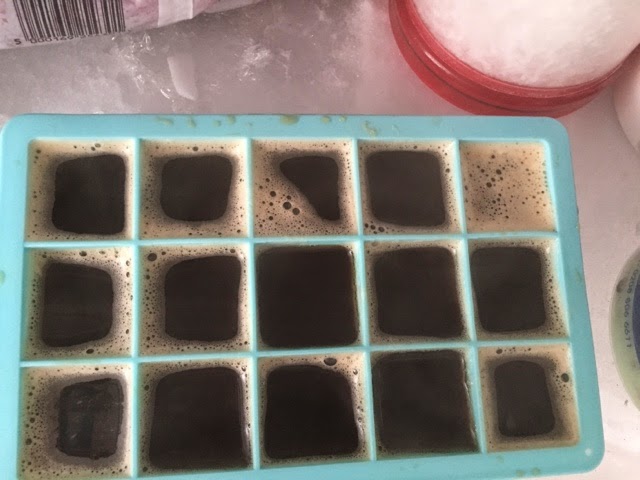 After leaving it for a few hours or overnight the coffee ice cubes will be frozen solid.
Place a few coffee cubes in a glass and pour milk over them until the glass is full. 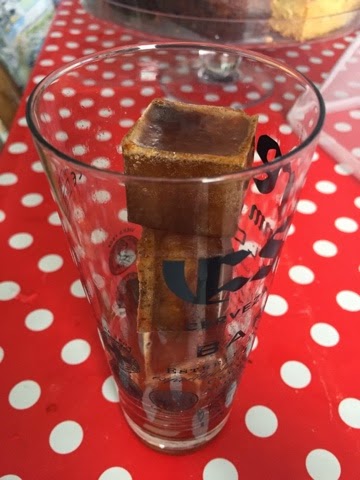 Give the drink a stir with a straw and enjoy. The greatest thing about this iced coffee is that it will not become watery but more gain a more intense coffee taste. 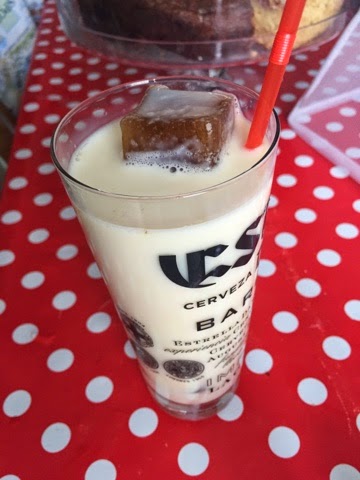 Posted by ateacherstaste at 05:24 No comments: