Until recently, the closest I had ever come to making 'choux' was gesturing at pigeons to go away and stop trying to attack my (small) bird feeder. Now that the new season of 'Bake Off' is upon us, I decided that it was about time to give it a try. I couldn't be that difficult right?...

I tried a couple of different recipes and ended up slightly adapting one. Now the 'making' the pastry part was a piece of cake (pardon the pun), I am pretty sure I jinxed myself by saying that exact thing to myself. I piped the pastry onto a baking sheet as eclairs and baked them at 200 degrees for 20 minutes. To look at they looked perfect; golden and brown, puffed up and steaming... But on closer inspection there was a quite, let's say fundamentally structural problem... They had stuck to the paper!  Trying to prise them off, resulted in the bottoms of the eclairs remaining on the paper, and my having sort of troughs to fill with cream. They tasted okay, but they were not eclairs.

I was not going to be defeated especially but a delicious treat which shares it's name with 'footwear'! I was determined to succeed. I tried a couple of other recipes which ended in similar disasters, even when I had greased the paper... I was beginning to ask myself the same sort of questions as serial daters... Is it me? What's wrong with me? Eventually, after a well thought out tweak of two recipes combined I tried again. This time I thought that I would try profiteroles and choux buns to break the curse.

This time, my little puffed up balls were a success. Light, brown and puffed up.... And the icing on the bun (again pardon the pun) was that they peeled off the paper... I don't think I've been as excited to see a bottom!

Melt the butter in the water in a pan, then add the dry ingredients and stir until coming away from the edges of the pan. Add the 3 beaten eggs, I hand whisked it altogether (I found it gave greater satisfaction). 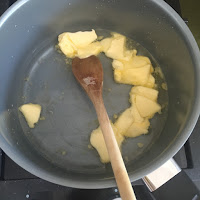 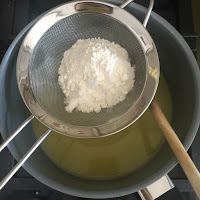 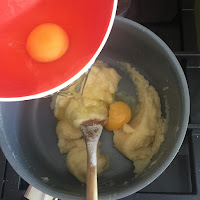 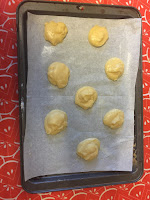 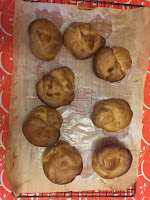 The Filling:
(I wanted to do something a little different to the classic cream filling, and something slightly healthier... So I thought I would make a whipped raspberry yogurt) 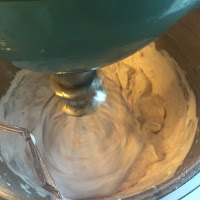 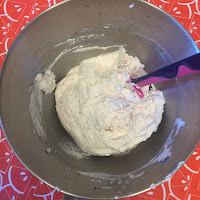 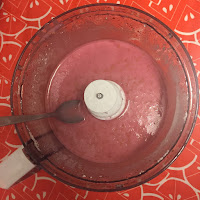 The way I know that they were a success where, that after I had assembled them, it only took a few minutes for 3 buns to be demolished. They were light and tasty, the yogurt filling did not feel like a guilty pleasure as cream often does, but pleasurable it still was! 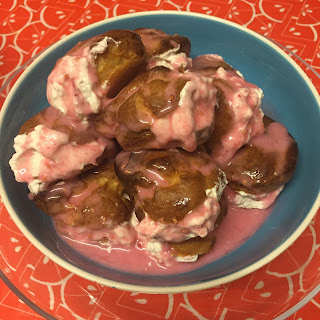 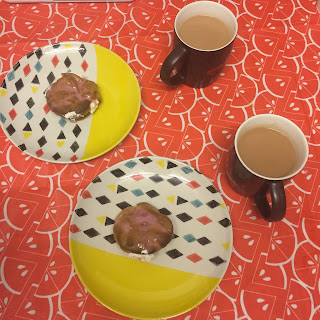 Whipped Yogurt and Raspberry Choux Buns
Posted by ateacherstaste at 15:28 No comments:

I thought my juicer would be a novelty that would wear off... However I am still itching to make juices... I am even doing special trips to Lidl, just for fruit and veg to juice!!
Yesterday I made a truly delicious and refreshing concoction perfect for the hot weekend weather!
5 apples
3 sticks of celery
2/3 of a cucumber
The base of a romaine lettuce
6 mint leaves
1/2 a lime 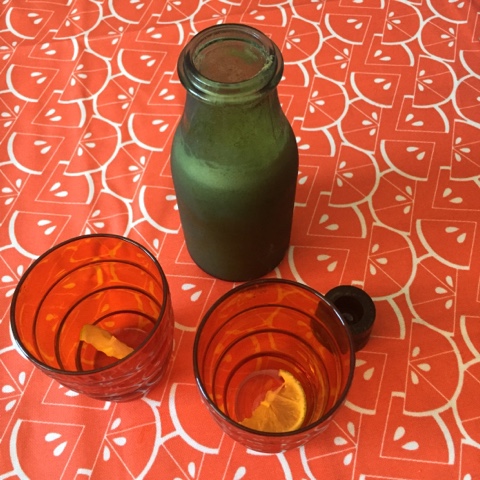 At 108 calories a glass, it's guilt free treat on a hot summers' day! 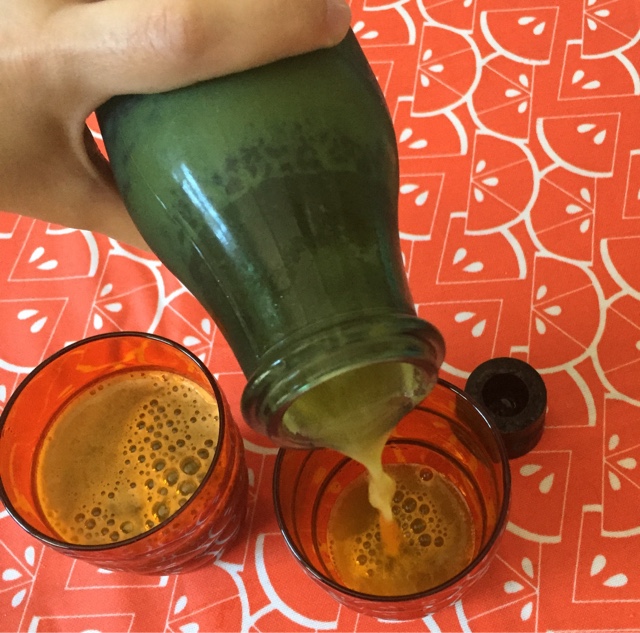